Indianapolis-based American Bombshell wowed a hometown crowd when they opened for Skillet, Sevendust and Pop Evil last weekend. The five-piece band put on a well-rehearsed, energetic show and did a great job of getting the crowd pumped up for the other bands in the lineup. What impressed me most was how much fun the guys were having on the stage. Sure, there were the obligatory sneers and snarls (it was a rock show, after all), but there were also lots of grins. Throughout
17 views0 comments
Michele Blue

Getting to Know Jack Klatt: The Interview

A lot of times you have to catch a musician when they are on the road. I was able to get in touch with Jack Klatt for a quick phone interview when he arrived a few hours north of me in Chicago. It was after 10:00 PM and I did not want to keep him too long as it sounded as if he had been travelling all day. Michele: A lot of your songs you have a sort of an old soul feel. Do you feel like you connect better with a time when it was more about the love of making music and a l
22 views0 comments
Michele Blue

I met up with Richie from States and Capitals behind The Irving Theater in Indianapolis Indiana to discuss the bands upcoming LP and a few other things. The bands tour manager, Peyton, was helping get all of the equipment together with the bass player James and the drummer Steve along with Richie. The band had just finished up their set when I caught up with them. The wind was blowing really hard and there were a few raindrops falling on us throughout the interview. A car ala
69 views0 comments
Michele Blue

I had the pleasure of listening to the debut album The Feelings LP by States and Capitals. It is scheduled for release by JIRNY on August 2, 2019. The LP is a follow up to three earlier released EP’s. The 22-year-old singer/songwriter Richie Arthur brings a lot of thought-provoking lyrics to life. The very well written lyrics remind me a lot of Ed Sheeran, John Mayer, Daniel Powter, and even a little bit of Dave Matthews. There was an overall theme of finding love and holdi
22 views0 comments
Laura Fox - Llfoxphotos

Drawing a surprisingly large crowd for their late-afternoon set time, Utah-based The Aces brought fabulous feminine energy to the main stage at Bunbury on Sunday. Bunbury was the first festival the pop four-piece played this year, but certainly not the last, as they’re slated to hop around to Mamby on the Beach, Austin City Limits, Life Is Beautiful, and more. The ladies of The Aces spent most of last Spring touring the U.S to promote their debut studio album, When my Heart F
4 views0 comments
Mark Brown- Murder Basement

I sat down with Trauma Illinois via a phone interview after the festival. Things just did not line up for us to meet in person the day of their show. I had read their entire story before the Bunbury Festival and I was super excited to have a chance to speak with these three very talented individuals and learn more about them. I could tell from the moment the phone connected they were a fun bunch. They all laughed and spoke in turn. I had them all say who they were to get a fe
3 views0 comments
Michele Blue Author, Laura Fox Photogragher

I met up with Aziza Love near the back gate of the media area. She was talking with several people just before I walked over. Our photographer Laura had been speaking with her and asked if we could maybe get a quick interview. Aziza was so polite and sweet about out last-minute interview. Her friend had just asked her to hand over her pass to the concert venue, to which she did not want to give it up unless she would get it back. She wanted to keep it as a memory, and who cou
9 views0 comments
Michele Blue

There were a lot of people sitting all around in front of the stage when I got there. A few staff members were also among the crowd next to me waiting to see him just like everyone else. I saw him peek his head out from the tent next to the stage. You could not miss his bright and colorful shirt. A couple sitting behind me said, “there he is!” It was clear he had a bit of a local following there at the festival. Parker Louis took the stage a little after 5:30 pm on Sunday n
4 views0 comments
Michele Blue Author, Audiophileoholic Photo

Taylor Janzen had just finished up smiling for the camera when I walked over to sit down with her for a quick interview. The sun was finally starting to come out from behind the clouds and it was shining brightly overhead. Our photographer Laura Fox noticed that the tree next to us would make for some good shade during the interview to keep us cool and that it would also be a much nicer background for the photos she was wanting to take of Taylor. We moved under the tree and b
9 views0 comments
Michele Blue Author, Laura Fox Photogragher

Poppy took the stage and all of a sudden there were very loud screams coming from all directions. You could tell from the very first song their fans were there to bring the noise! Her see-through black bodysuit contrasted perfectly with her pure white hair. The guitarists were in all black jumpsuits and had silver painted faces with sleek black hair. It was obvious they were wanting to totally rock their looks. Each of them had a way of walking across stage effortlessly and g
8 views0 comments
Mark Brown- Murder Basement

An Evening With Devon Gilfillian 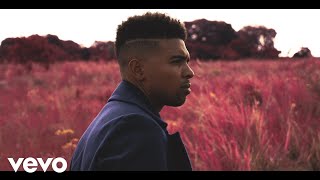 Get Out and Get It! Devon Gilfillian

When new music comes across my desk I'm always interested. But when I heard Devon Gilfillian's music, I wasn't just interested, I was fascinated! If anyone would have furtively watched my reaction when I listened to his songs "High", "Here and Now" and "Troublemaker" for the first time, they would have seen my ears perk up see me intently dialing into Devon's unique and wondrous voice. What I heard was a sound that reminded me of the great Tom Jones or the Reverend Al Green.
16 views0 comments